I can’t believe it’s September already!  I see all these ‘first day of school’ photos on my Facebook feed and it makes me miss my boys!  When we moved into our house in Minneapolis I would take a picture of them in the back yard on the first day of school!  I look back at those pictures now and can’t believe how little they were!  Time flies by so fast! 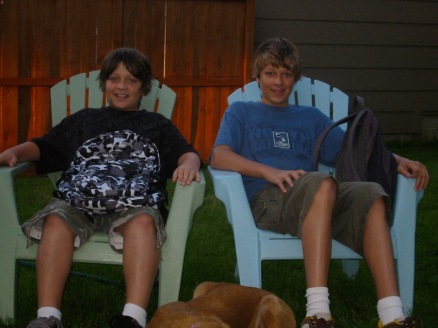 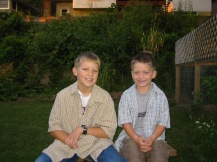 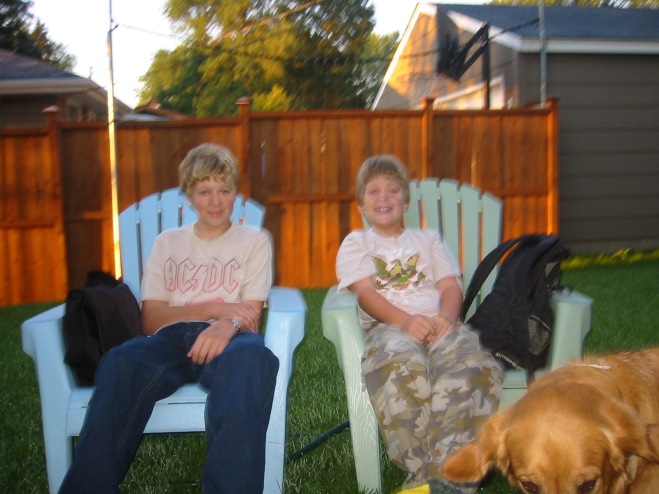 So other than looking at all the back to school photo’s on Facebook I have been sewing up a storm!  (BTW – did you know September is National Sewing Month?) However, I haven’t finished anything!  I suppose if I were working on just one project I might have – but this week  had three going:  a bra, a shower curtain, and the fusion quilt.  I had to order the bra fixings on-line so I didn’t get started on that till Tuesday night – I cut out the pieces and have the cups sewn together.  I can tell already that I ordered the wrong lining fabric, but I’m not worried about it.  I am expecting to make lots of mistakes on this one – if it actually fits it will be a bonus.  I’m counting on the next one to be perfect.

Before the bra I had been working on my shower curtain I had all the rows sewn, just had to join them.  But I got so excited when the bra fixings came in that I set aside the shower curtain.  I finally picked it up again tonight and got it all sewn together.  All I need is to add grommets and hem it and then I’ll be done.  As for the fusion quilt I’ve crocheted edges to all of the squares and have started to join them – which amazingly is going pretty fast. 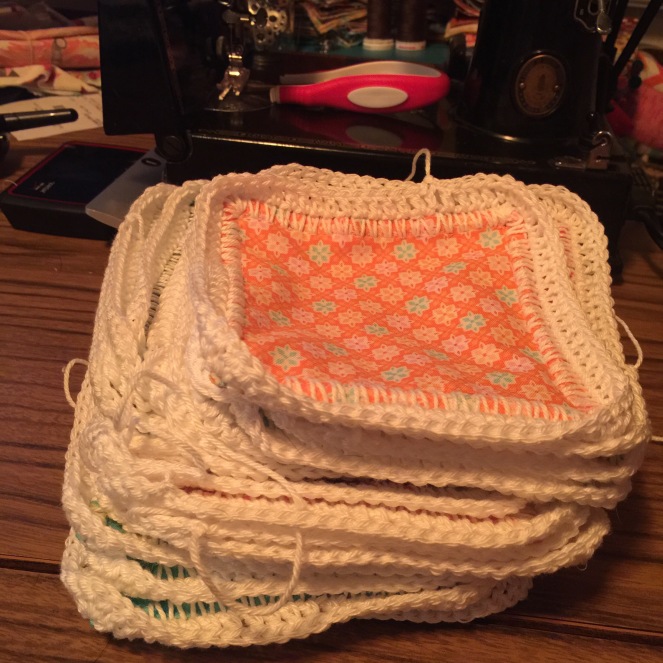 My hope is that by this time next week I’ll be wearing a new bra, have a pretty shower curtain and a new lap quilt to take me into Fall!

Speaking of Fall, nothing like Pumpkin scones to transition from Summer to Fall!  I made these one day last week when it was cool enough to turn on my oven!  I thought I would be clever and try and make chocolate pumpkin scones , but I didn’t add enough chocolate powder so they ended up looking like dirt.  But they tasted SO good!  Just ask the guys I work with!  Scones tend to be on the dry side which is why I added the glaze on top.  So, so good! 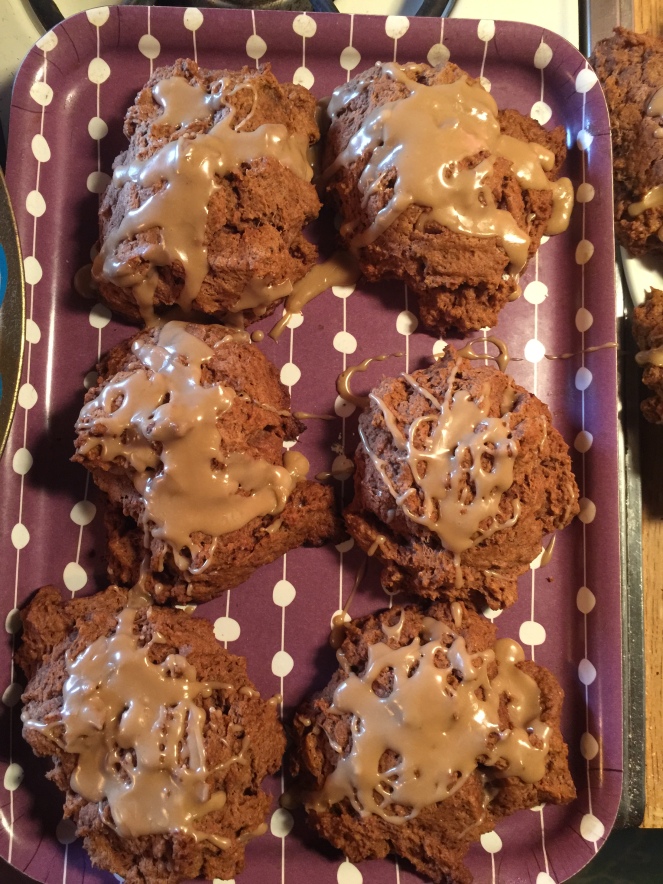 View all posts by Sewtropolis